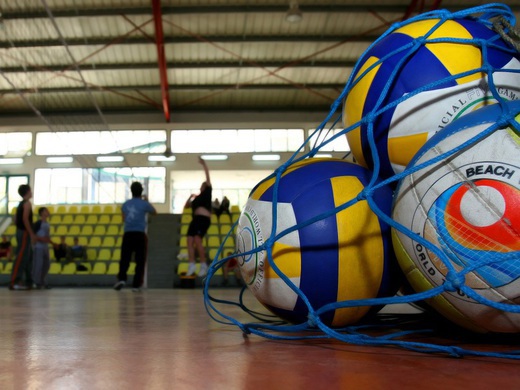 A new season, a new division and a new team due to retirements meant the Burners were up against it for the year. At team of Matt, Adam and Greg (from previous years) were joined by Fisher, Paul and Tomasz to try to kepp the Burners in Div 1.

The match started late due to an over running Shagpiles game and when it eventually started this new team looked as though they could play at a reasonable level. Fisher was played through the middle with Greg, Matt and Tomasz outside with Paul and Adam setting. The Burners started well with some good ball to the setter and all four hitters managing to find holes in the Guildford defence. Unfortunately at 22-16 up the Burners fell apart and lost the first set. We really struggled to get the ball to the setter and could not put away the first set that we had worked so hard to create.

The second set was close however the Burners managed to put a lead together and held it up to the twenties but at 22-22 the Burners again collapsed and could not put the set away. Again Burners allowed Guildford to put a run of points together and really could not break up the Guidlford attack. Again a set lost through silly errors, however as this was only the second time we have played together to still be in the first two sets was a minor miracle.

Onto the third set and the Burners were a bit low, Guildford were able to get away in the teens and unlike the Burners did not give up their lead. With no subs on the bench the Burners were looking a little static and no libero meant our middle players were a little tired. There were a lot of positives from the match. Guildford had some good players but the Burners will feel they contributed to their own downfall in the first two sets. With a little more organisation and some more familirity this team could play better this year and hopefully will put up a good show against Egham in two weeks.